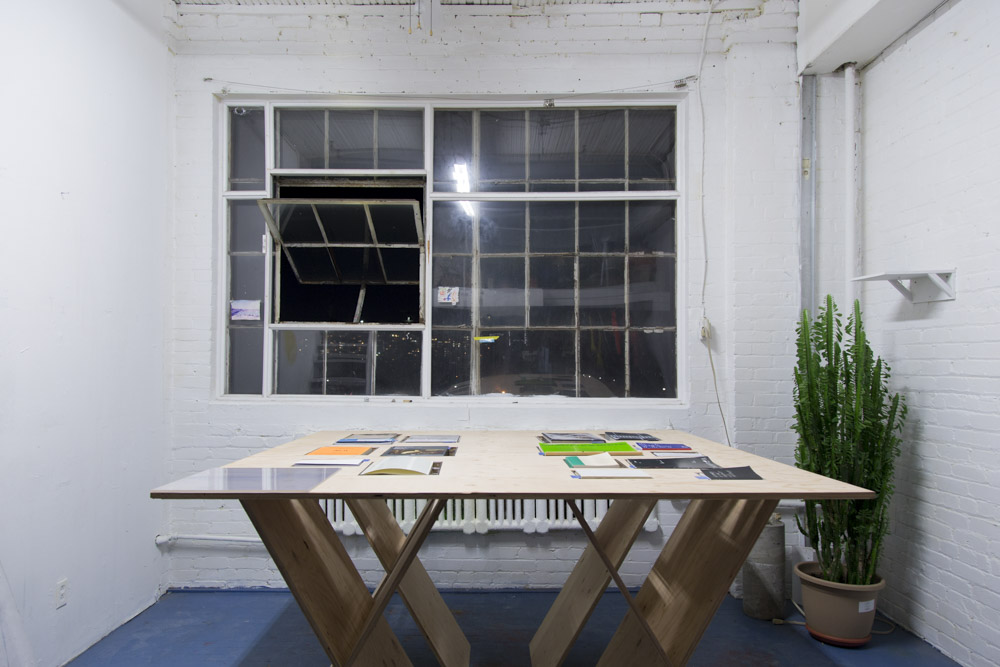 In front of the task of writing an ‘exhibition text,’ what doe the curator write? A discursive commission to fill in the space at the nexus of the ‘Public,’ the ‘Institution,’ the ‘Artists and their works,’ and the ‘Exhibition?’ Can the curator write outside of the ‘textes convenus,’ ‘préfaces,’ and ‘articles des professionnels du catalogue'?

A possible commencement could be a movement away from the synonymous usage between ‘exhibition text’ and ‘curatorial text', towards a semantic distinction, a definitional decision. Such a decision would ask the curator not only to be conscious of their own voice, of what structures authorize it, of its origins, but rather to posit what would be a curatorial voice. Writing curatorially would be the set challenge.

What does it mean to write curatorially? What does it mean to write from the position of the curator? What does it mean to reject the naturalized form of the ‘exhibition text,’ and aim at the ‘curatorial text?’ With this curatorial text, I am not trying to answer those questions, but rather to ask them again. To ask them again, with an exhibition, one of curatorial texts, with Charles Esche and Maria Hlavajova, Alexander Donner and El Lissitzky, Gavin Wade, Jean-François Lyotard and Thierry Chaput, Céline Condorelli and Gavin Wade, Lucy Lippard, Joseph Kosuth, Charles Stankievech, Willem de Rooij, Bart de Baere and Dirk Pütlau, Zdenka Badovinac, Meschac Gaba, Éric Mangion, Alexander Alberro, Hans Ulrich Obrist and Jan Hoet. Even though some of them are not curators, nor are they in the position of the curator when writing their texts, they expand what is an ‘exhibition text’ and disrupt its conventional format, creating an opening for what would be the ‘curatorial text.3

To create such opening for the ‘curatorial text’ requires consciously creating such a category of writing, not to rely anymore on a default conception of what is a text written by a curator, but rather, to posit and reflect on what the ‘curatorial text’ can be. What if the curator wrote as a curator? What if the curator wrote within the same deontology as when producing exhibitions? The text can be an exhibition on its own; or an iteration of an exhibition, instead of being para-textual. It can be the primary level of information. The challenge is to conceive of how a curator can write curatorially.

The texts presented in this exhibition point to what it could be to write ‘curatorially.’ They bring into the conception and writing the same specific thinking at work within the making of exhibitions. There has been a significant amount of discourse produced by curators to define what is the ‘curatorial,’ but the curator’s task to write for an exhibition has been left out. Therein lies a new challenge.

The writing strategies exhibited here differ in style, but as a corpus reveal a direction for the ‘curatorial text’. As an exhibition, the site of the texts, whether exhibition catalogues or published books, become objects to display, to consult, to research; intersected by a selective plane. 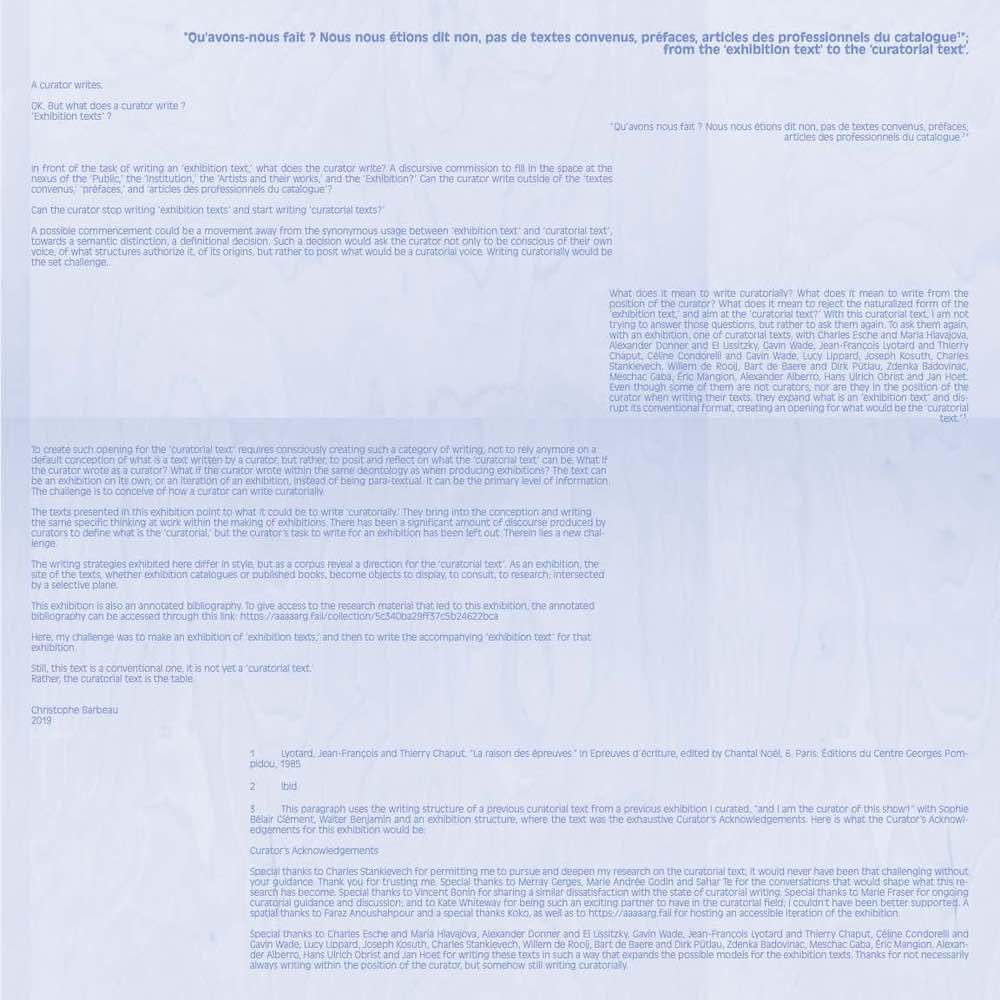 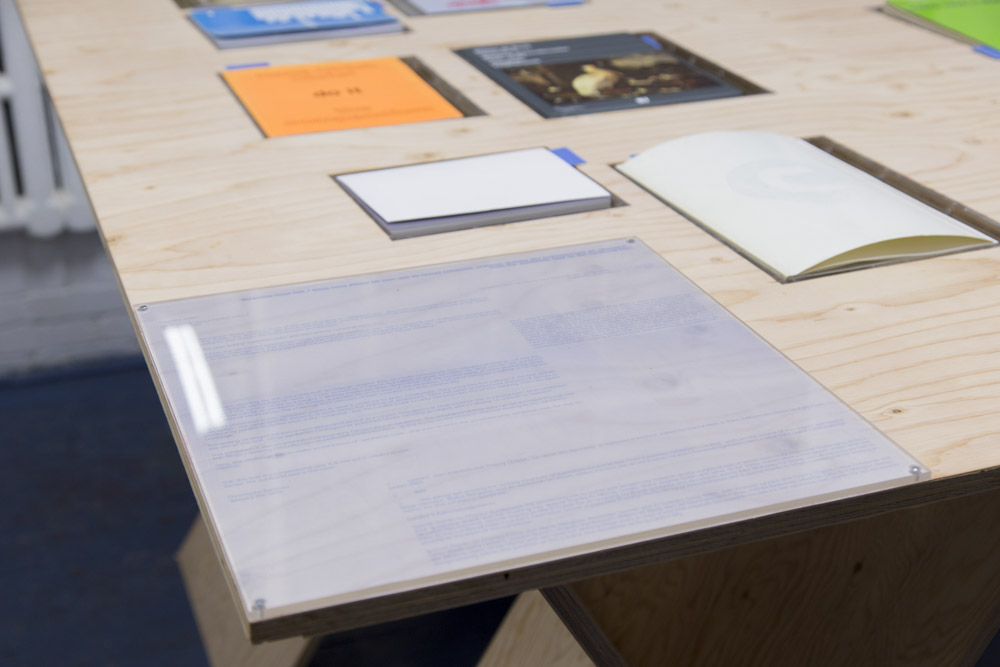 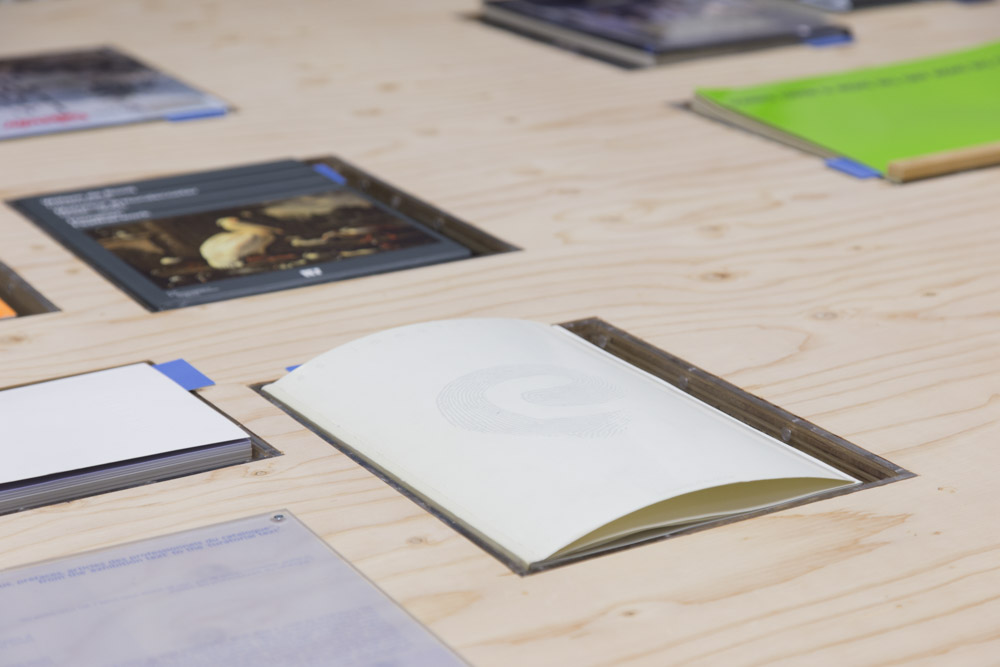 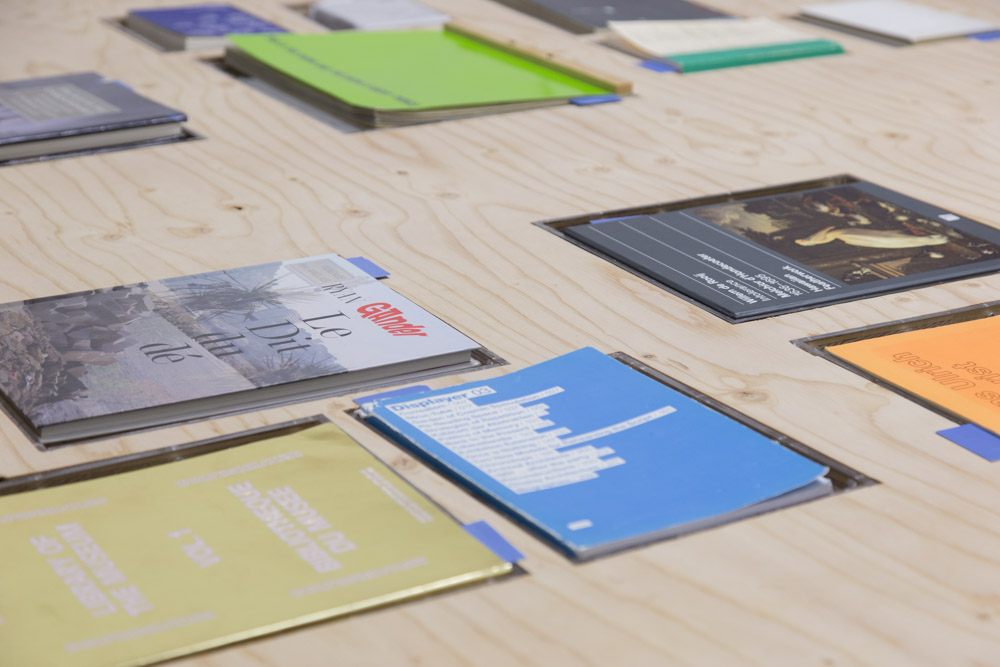 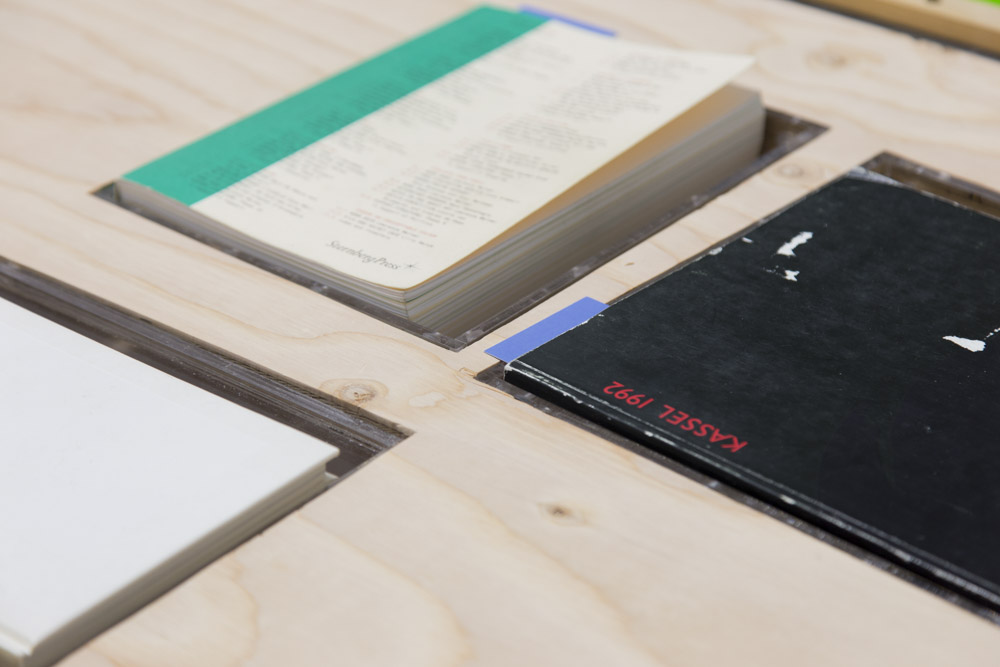 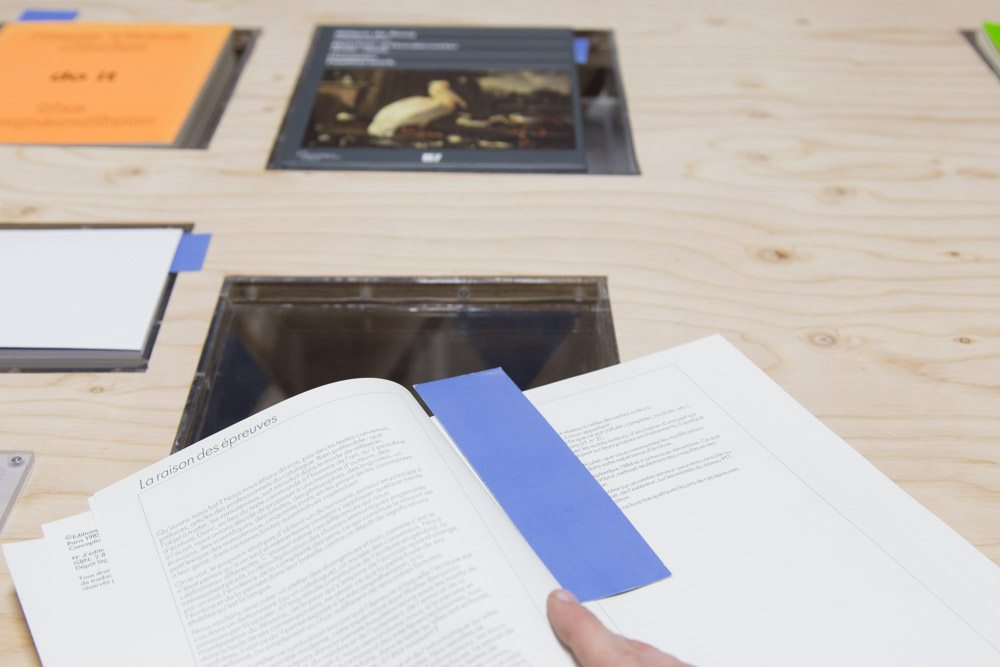 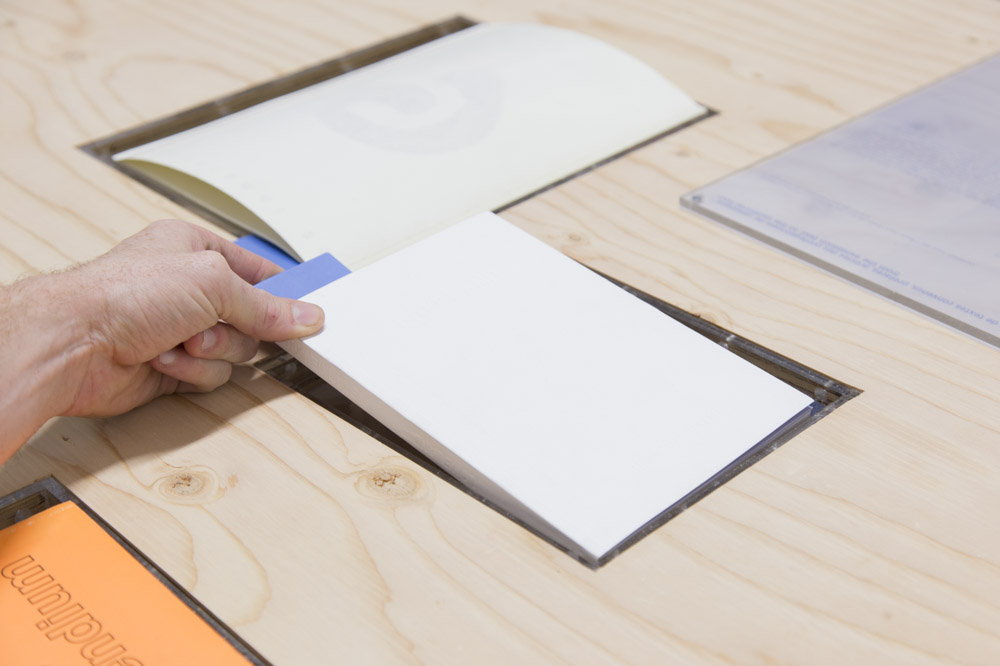 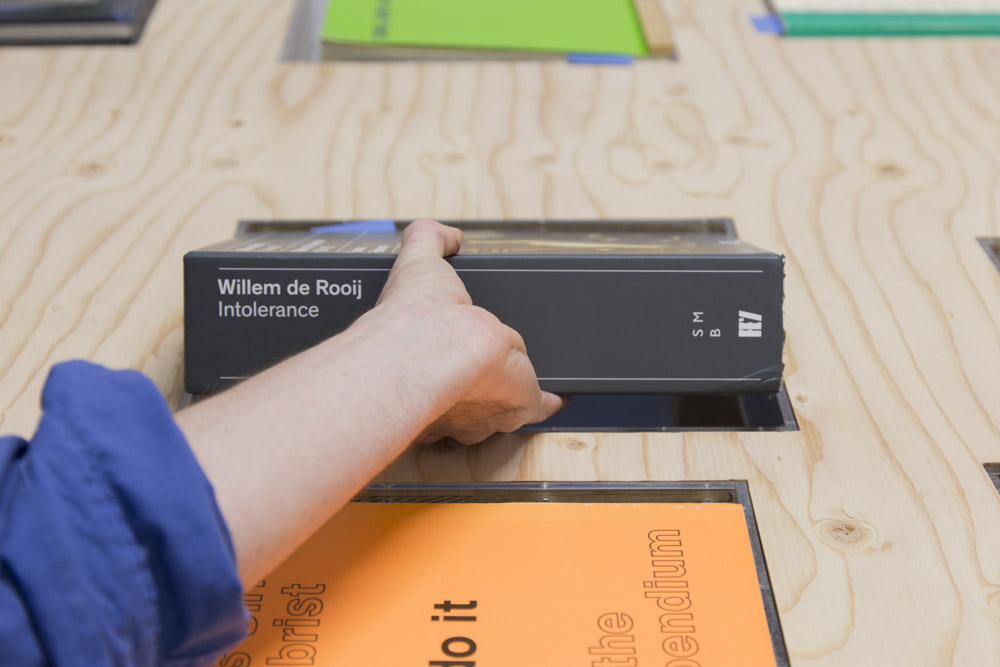 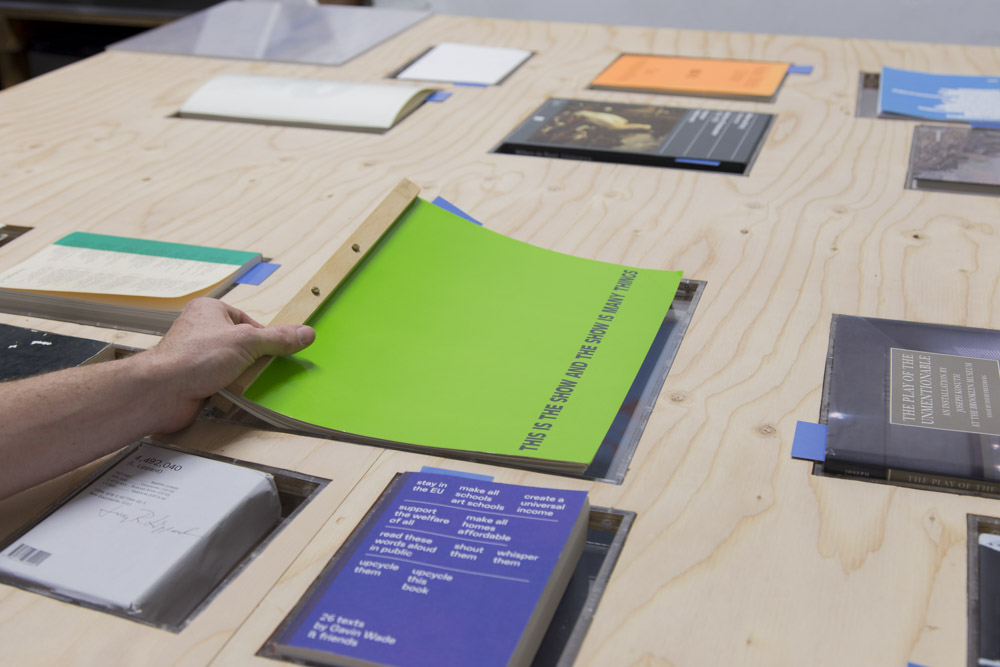 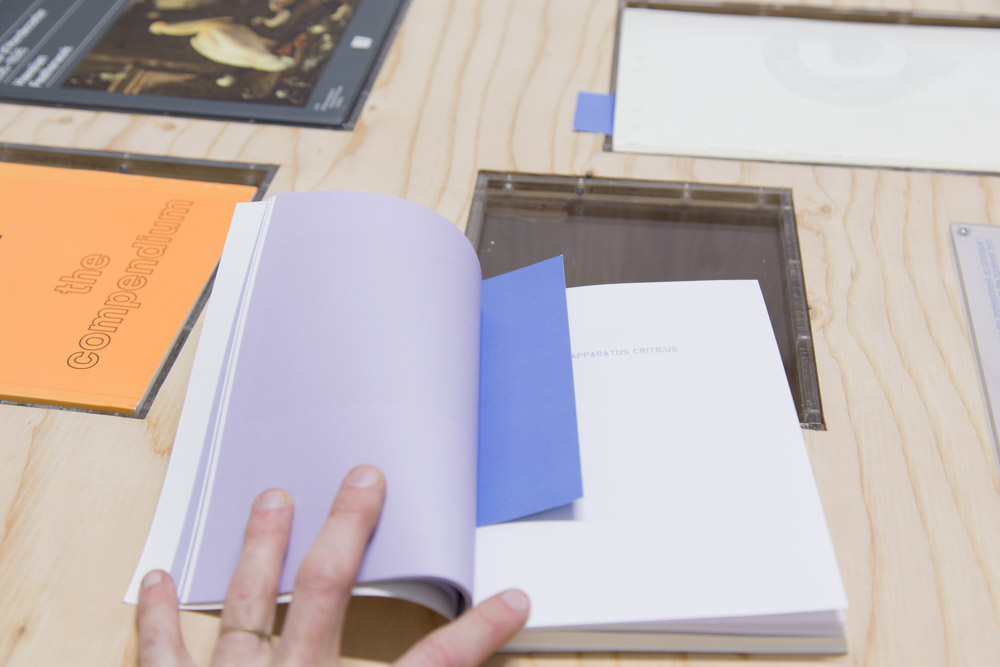 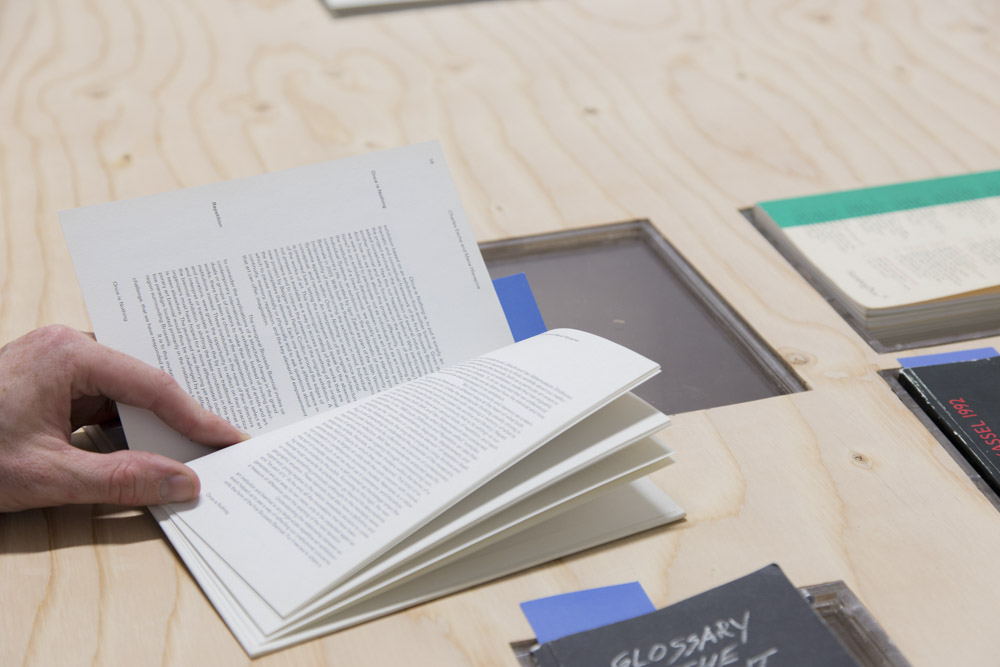